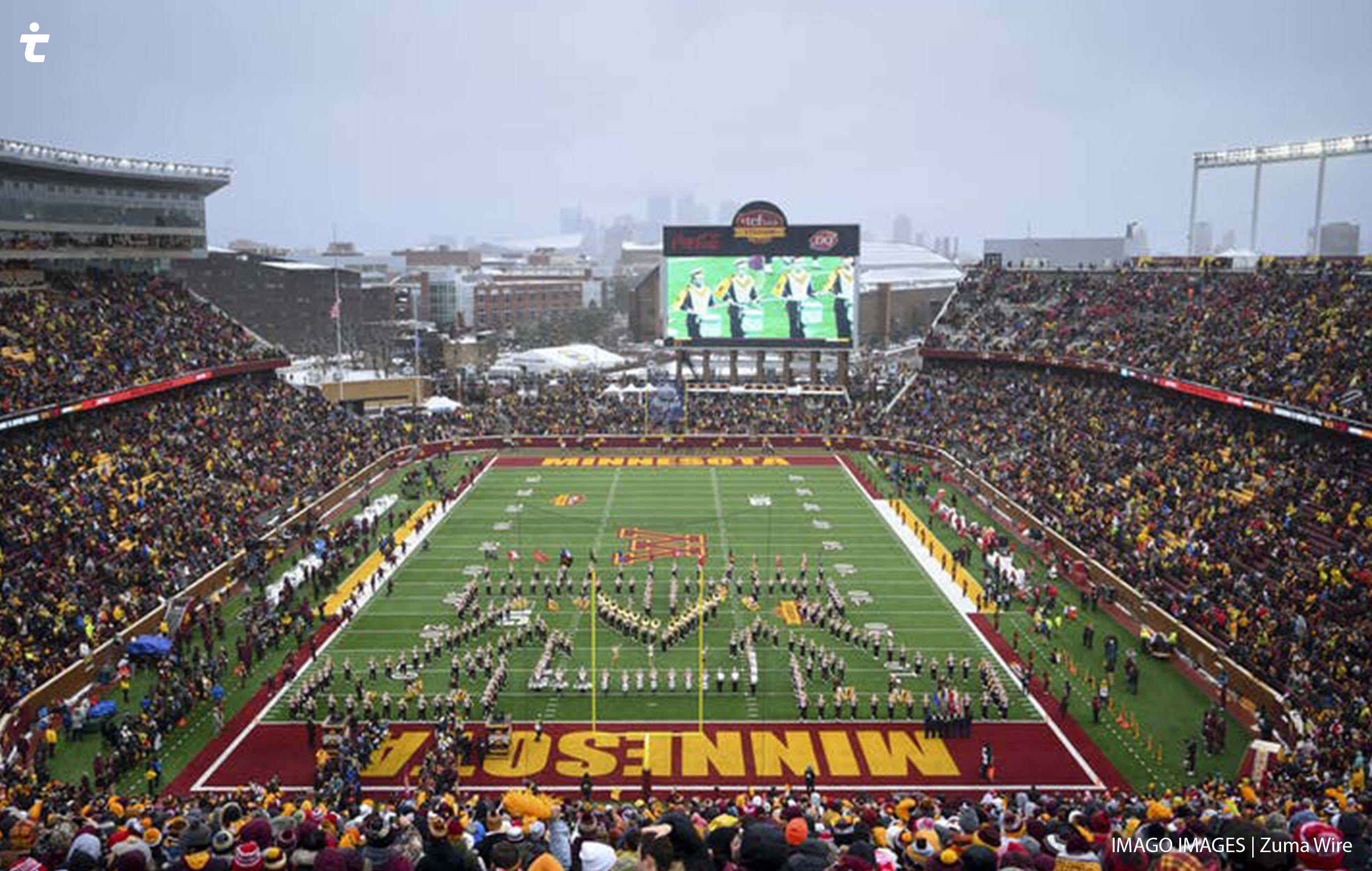 Today, the annual battle between these two bordering enemies is as much a tradition as Thanksgiving. Across the country, college football fanatics and casual fans alike tune in to witness the Gophers and Badgers stake their claim to Paul Bunyan’s Axe.

The more than century-long history between these two schools is just as rich as the gridiron action. Find out how the Border Battle came to be below.

Beginnings and an Intervention From Theodore Roosevelt

College football’s longest ongoing series began in 1890 when Minnesota claimed a 63-0 home victory over Wisconsin. Those early days were a little one-sided, as it wasn’t until four years later that the Badgers took their first win over Minnesota. Still, a fierce rivalry between the neighbors was quick to begin.

And with the creation of the Western Conference, now called the Big Ten Conference, the two schools were officially pitted against each other as conference rivals. This rivalry and a few others burned so fiercely that in 1906, President Theodore Roosevelt suspended every college football rivalry game due to the number of player injuries and fatalities seen on-field the previous year.

1906 was the only year the Border Battle did not take place, the matchup running uninterrupted every year since the pause.

The Traditional and 2022 Season Finale

For nearly 50 years between 1933 and 1982, the Minnesota versus Wisconsin game was scheduled as the season finale for both schools. This exciting tradition was reinstated in 2014.

However, the Border Battle did not serve as the final game in the 2020 and 2021 seasons due to the Big Ten’s new divisional alignment—but it is slated as the 2022 season’s last game once again. So, expect fans and students to be especially hyped for the showdown. 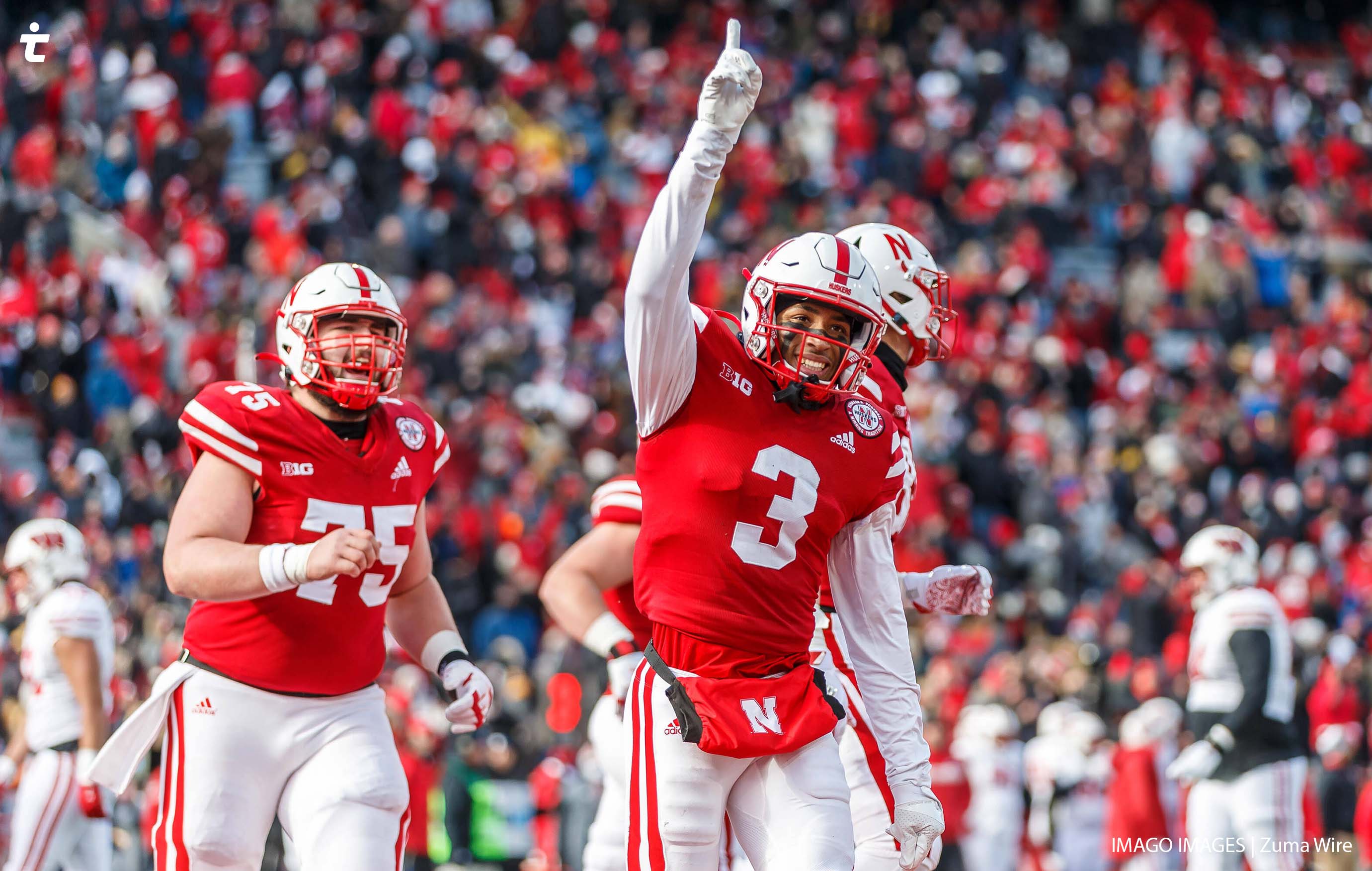 For the first time since 1962—when third-ranked Wisconsin beat fifth-ranked Minnesota for a berth to the Rose Bowl—the 2014 season finale between these rivals decided the Big Ten West champion. That year, Wisconsin defeated Minnesota 34-24 to advance to a conference championship matchup against Ohio State.

A Tale of Two Trophies

The victor of the Border Battle gets to raise Paul Paul Bunyon’s Axe, one of college football’s most historic and celebrated trophies; however, it wasn’t always the prize.

Before the Axe, there was the Slab of Bacon.

Between 1930 and 1943, the winning rival took home a piece of black walnut wood crafted by R.B. Fouch of Minnesota. Fitting for either winner, this trophy became either an M or W, depending on which way it was hung up.

At either end of the trophy, the word “BACON” was carved, denoting that whoever won the game “brought home the bacon.”

In a fascinating bit of college football lore, the Bacon’s demise is shrouded in mystery. Following Minnesota’s 1943 victory, Wisconsin student Peg Watrous was tasked with handing the trophy over to a Minnesota representative. However, fans started rushing the field, Peg couldn’t find her counterpart, and, all of a sudden, the Slab of Bacon was nowhere to be found.

Unconfirmed reports say someone brought the trophy to the Golden Gophers’ locker room, yet Head Coach Goerge Hauser refused it on the grounds that World War II’s ongoing conflict should put a pause on these types of traditions. After this last-reported sighting, the Slab of Bacon was nowhere to be found for 50 years.

In 1994, Wisconsin intern Will Roleson found the Slab stocked away in an old storage closet at the university’s Camp Randall Stadium. Yet, despite not turning up for half a century, the trophy showed clear signs it was well kept in Madison, with game scores throughout 1970 painted on the back. So, for half its disappearance, someone knew.

While the trophy remains decommissioned, it continues to be displayed at Camp Randall Stadium. Perhaps Wisconsin felt it’d become a good luck charm they had to swipe from the Gophers, as Minnesota maintained a winning record of 11-3 during its use. 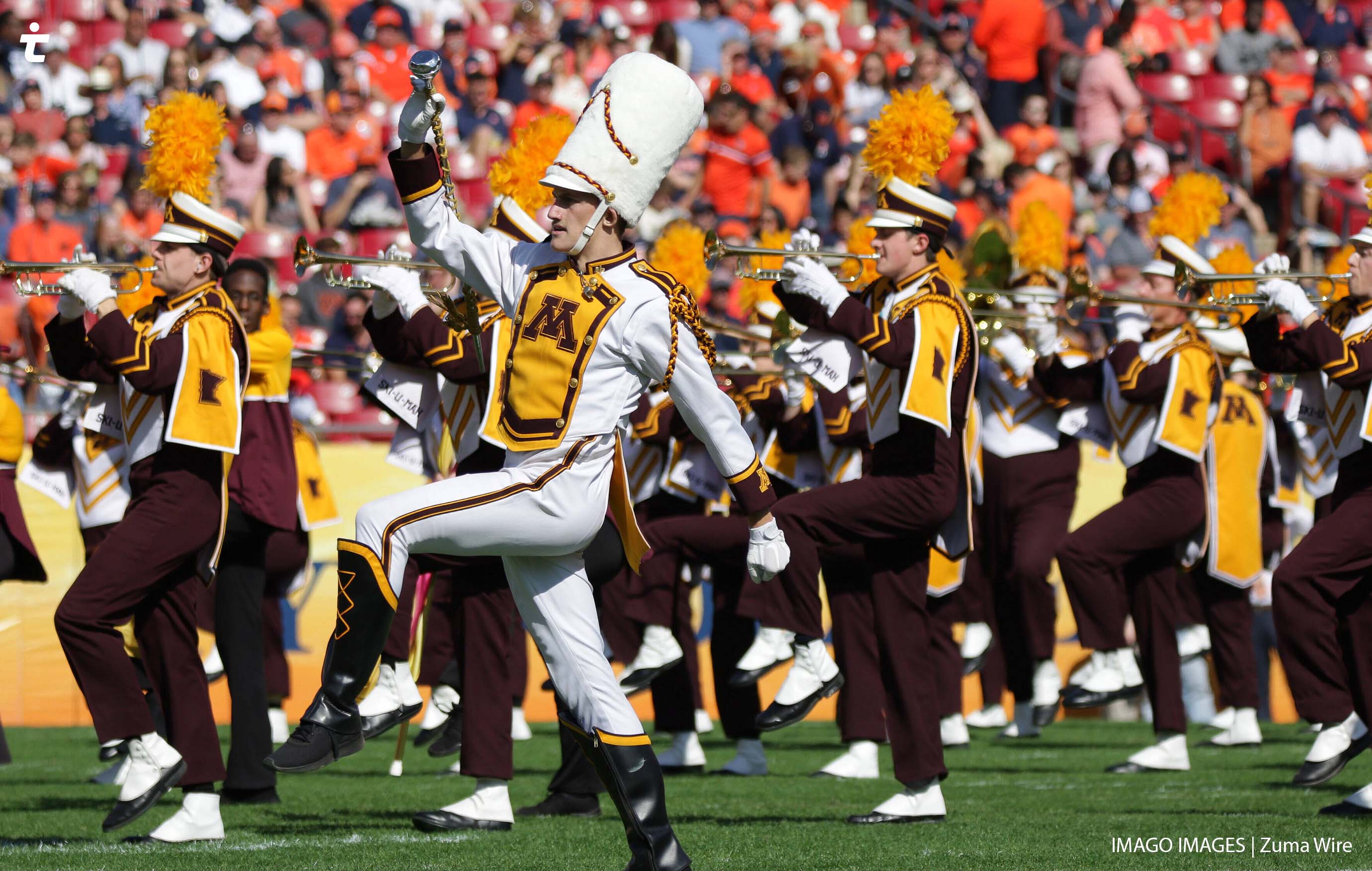 When the Slab of Bacon seemingly disappeared, a replacement was needed. To fill the void, Wisconsin’s W Club—comprising the university’s letter-winning alumni—created Paul Bunyan’s Axe to be the symbol of victory in the two schools’ fierce rivalry. The Badgers and Gophers battled for Paul Bunyon’s Axe for the first time in 1948.

The original Axe featured a six-foot-long handle on which the score of each game since 1890 was printed. Eventually, though, the handle ran out of space, and a replacement was commissioned in 2000. The College Football Hall of Fame became the original’s caretaker in 2003.

And with the Axe, a new tradition was formed, where the winning team would use it to “chop down” their opponent’s goalposts. And if the challenger was victorious over the defending Axe-holder, they would first “steal” it from their rival’s sideline.

However, this tradition was put on pause in 2014 due to an on-field skirmish the year before. After the Badgers beat the Gophers 20-7 that year, Minnesota players surrounded their goalpost to prevent its ceremonial felling.

While Minnesota claimed dominance over the Slab of Bacon, Wisconsin has reigned supreme with the much longer-standing Paul Bunyon’s Axe. There were more than 40 years, though, in which no trophy was awarded. So which school is winning the series?

To date, the series has been a nailbiter, and Wisconsin leads with a 62-61-8 record. That said, Wisconsin’s win over Minnesota in 2017 marked their first lead in the series in over 100 years. Between 1902 and 2017, Minnesota maintained the most victories.

But the story of the rivalry doesn’t stop there:

Since finally overtaking Minnesota in 2017, Wisconsin has won half the subsequent rivalry games. As 2022’s Battle for the Axe approaches, the question becomes: Will Wisconsin maintain their lead, or will Minnesota retain possession of the Axe and make the series even once again?

Getting Iowa in the Mix

No Big Ten rivalry is as storied as Minnesota versus Wisconsin; however, Iowa adds an interesting layer to a so-called “Triangle of Hate.” While the Gophers and Badgers have met an unmatched 131 times, the Hawkeyes come close, having played 115 games against the Gophers.

Iowa has been a part of the Big Ten since 1899, and while no trophy is at stake, their rivalry can burn just as fiercely.

How Does the Expansion of the Big 10 Impact This?

Major changes will soon be coming to the Big Ten with the addition of USC and UCLA. Historically, Iowa, Minnesota, and Wisconsin play each other every season, making the Big Ten one of the most contentious conferences in college football.

Due to the addition of these soon-to-be-former Pac-12 powerhouses, at least one of these three rivalry games will likely be stricken off the schedule. The Border Battle is a lock to stay put; however, due to the distance between the campuses, Iowa versus Wisconsin is likely in danger. 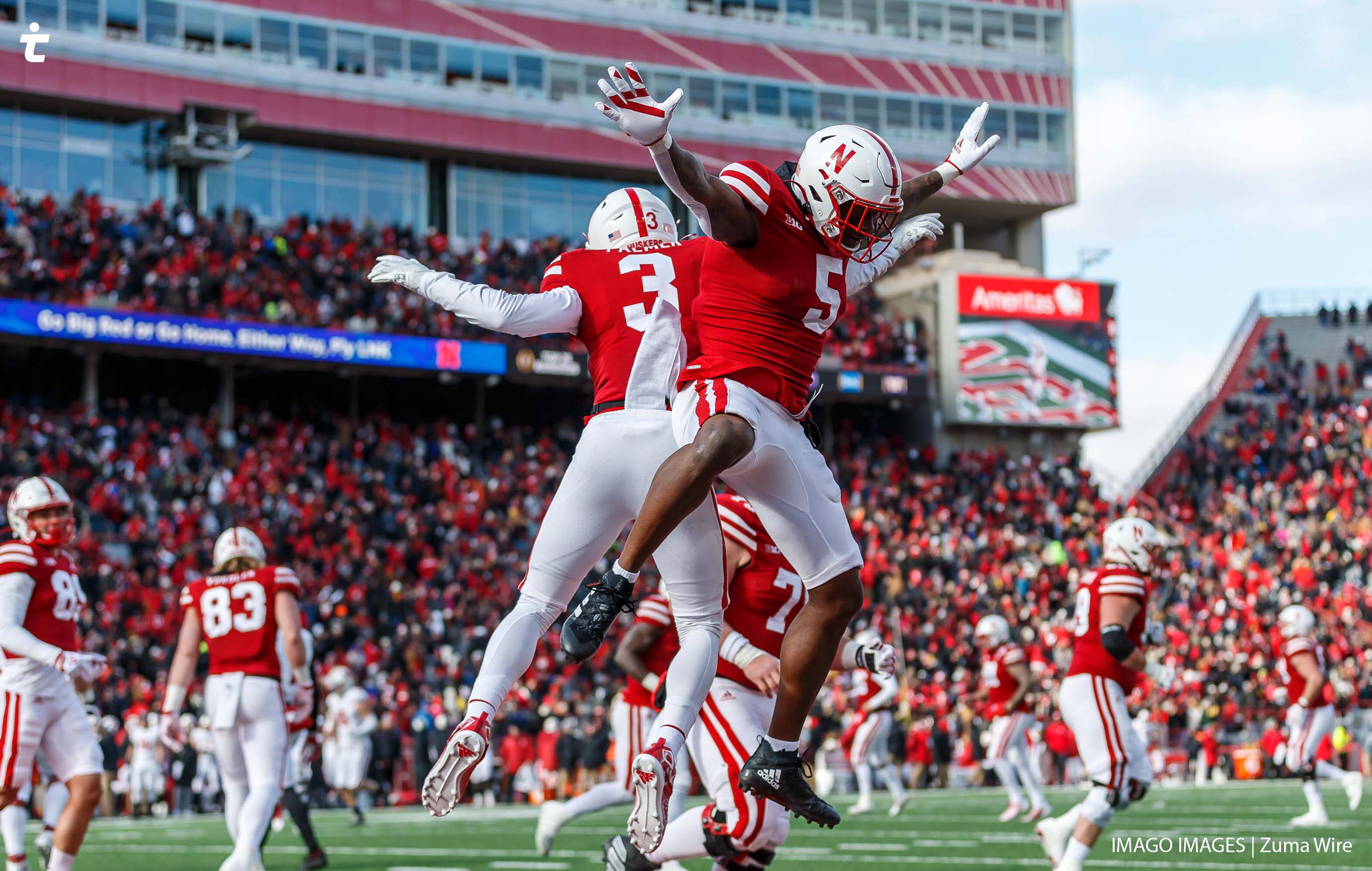 Known as the Iron Bowl, this fiercely-battled rivalry is rooted in deeply contentious history. One of the best moments in Iron Bowl history is the 2013 “Kick Six” in which Auburn returned a missed field goal for a touchdown, taking them to the SEC Championship.

This annual matchup is such a big deal that it gets its own weekend after the season has ended for everyone else. For a time, this was one of the most one-sided rivalries in college football, with Navy winning 14 straight matchups between 2002 and 2015. However, Army has pulled ahead, winning four of the past six meetings.

The Red River Showdown is a game so intense that it’s played each year at a neutral location, with fanbases split directly down the middle. While the battle took a dip in relevance since Colt McCoy and Sam Bradford’s Dallas showdown, Texas’ recent resurgence will make for an electric bout in 2022.

When Do Wisconsin and Minnesota Play Next?

Although this may not affect the College Football Playoff, Minnesota and Wisconsin will face off in a season finale on November 26th. Due to lackluster seasons for both teams, neither will be competing for a conference title. That said, the rivalry between the two teams always results in an excellent football game, so be sure to book your tickets.

Get in on the Action

The Minnesota versus Wisconsin rivalry represents the best of college football. It’s more than just a game; it’s about tradition, competition, and pride. And with Tipico’s sportsbook, you can experience the action as if you’re on the gridiron.

Trusted across the world, Tipico offers the best and latest lines across over 30 different sports. Join the rivalry with Tipico today.

Looking to cash in on another NCAA rivalry? Check out What Started the Ohio State vs. Michigan Rivalry!

SB Nation. Minnesota-Wisconsin has an amazing rivalry trophy. It used to be even more ridiculous. https://www.sbnation.com/college-football/2016/11/25/13742686/wisconsin-minnesota-axe-paul-bunyan-slab-bacon-rivalry-trophy 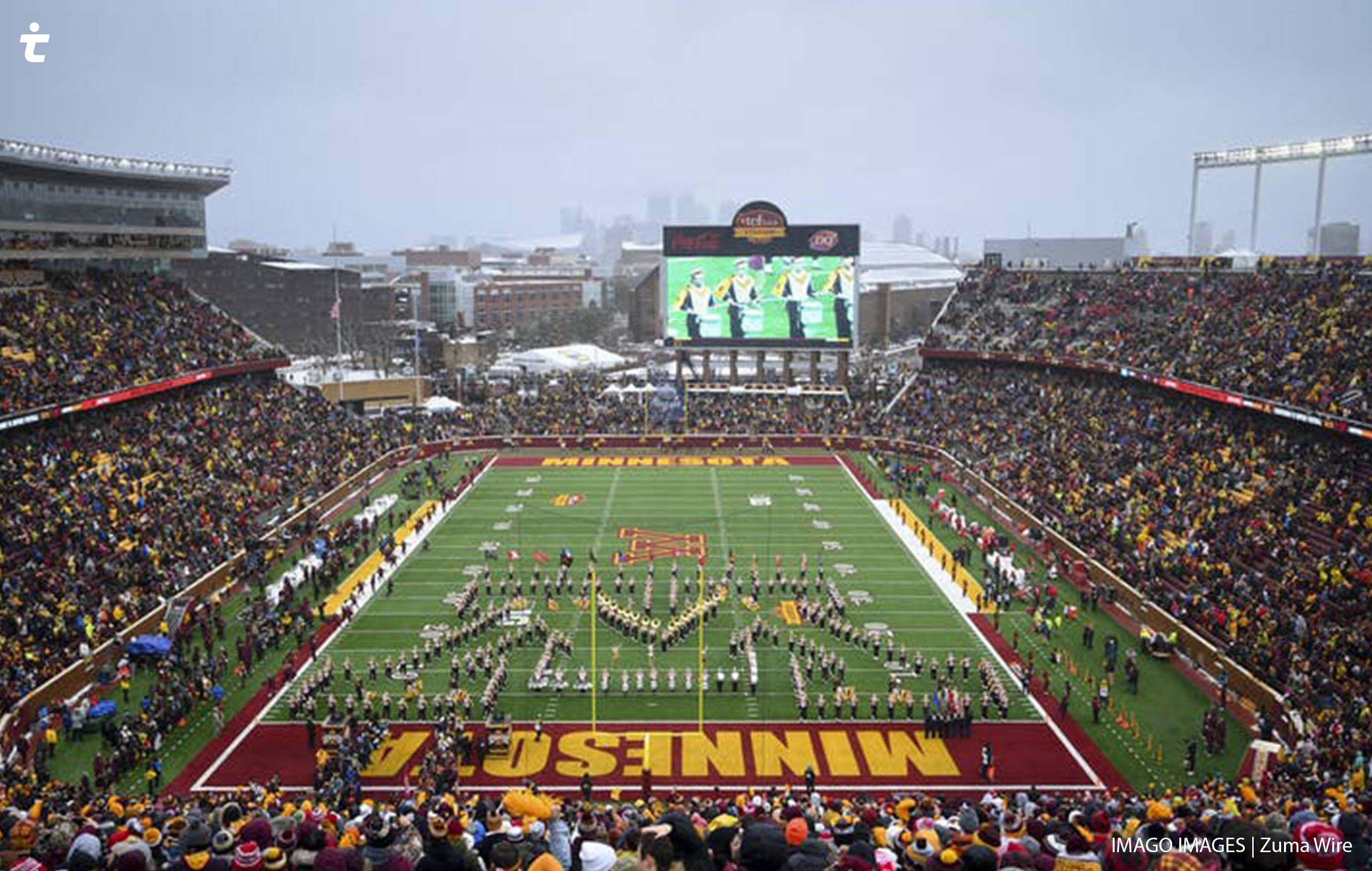 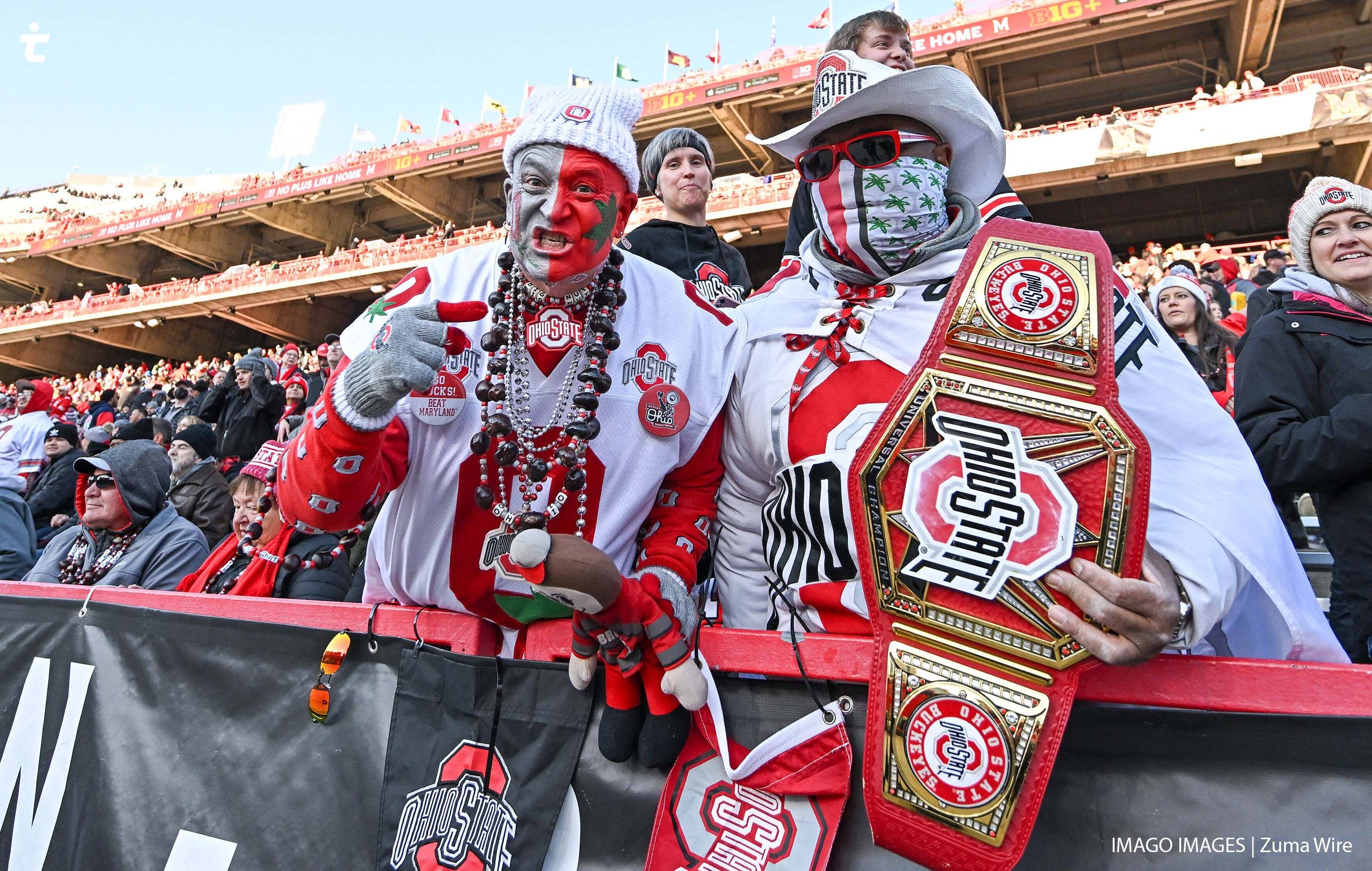 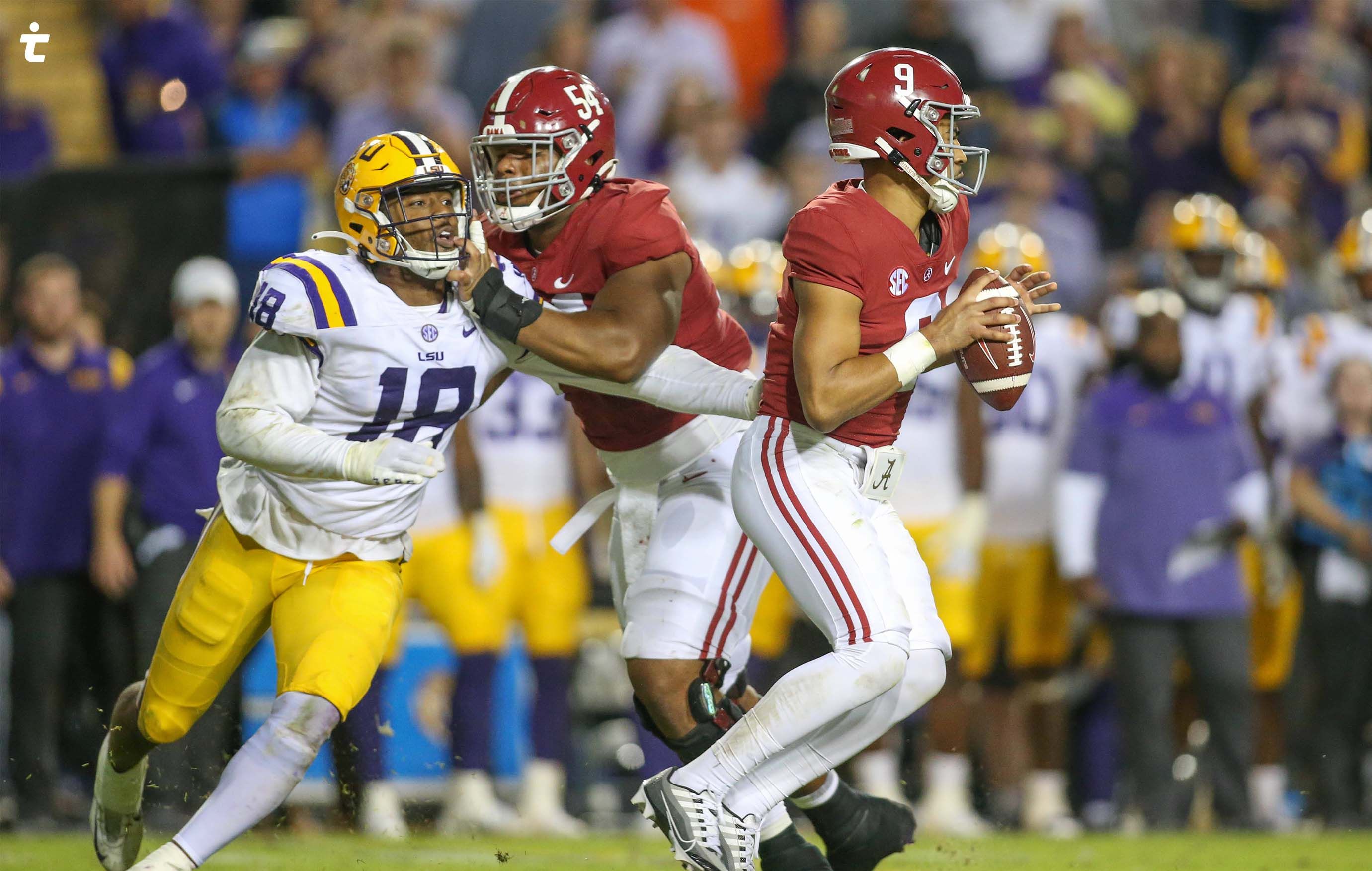 Newbies to the world of gambling have a lot of questions. And understandably so—there’s so much opaque lingo and so many esoteric guidelines in sports betting that your typical sportsbook might as well be written Greek as far as your average novice bettor is concerned.