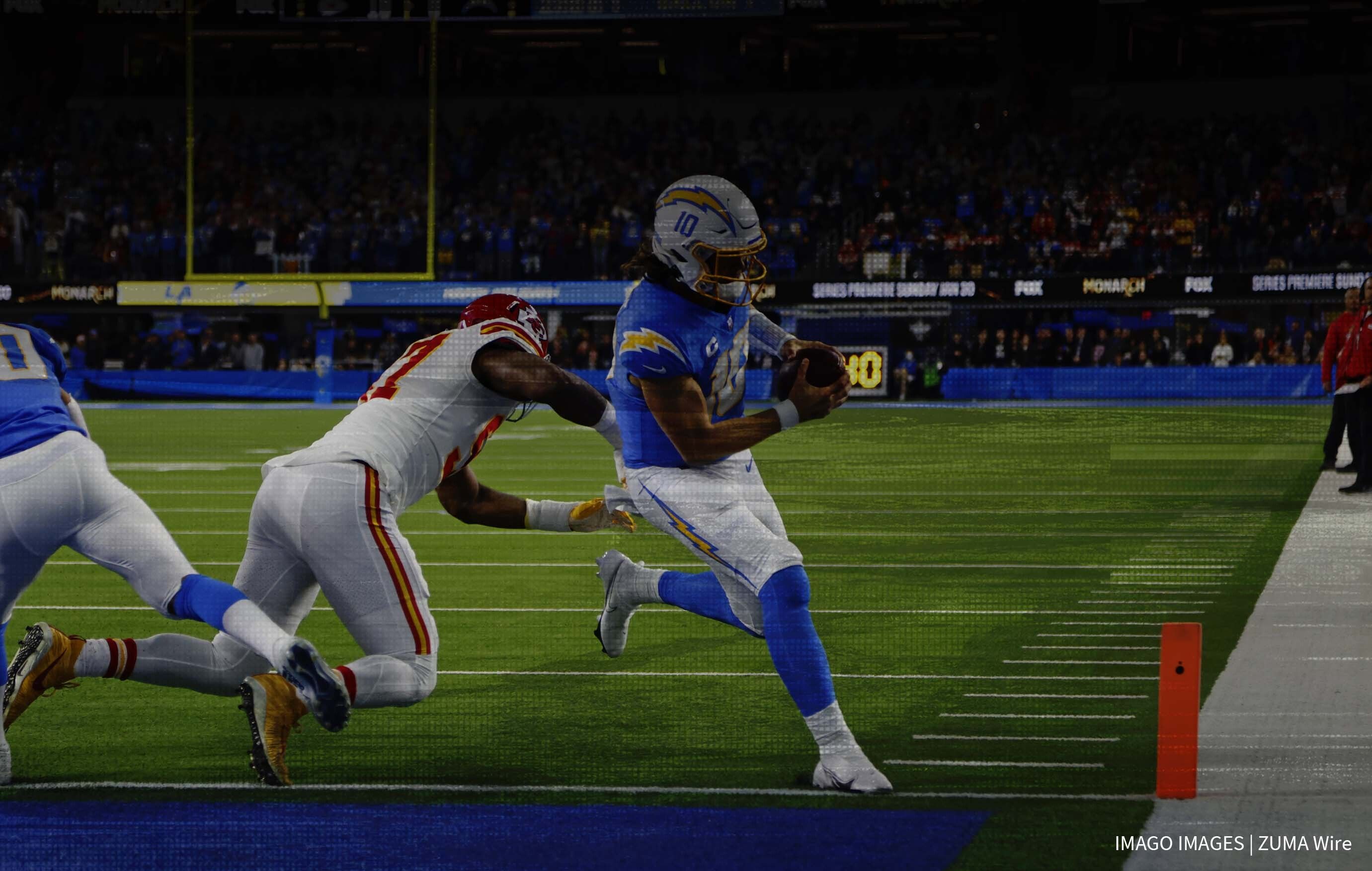 The 2022 NFL season is about to begin. Read our NFL power rankings of the best to worst teams and players in 2022.

That said, new changes can hint at particularly foggy predictions.

Fortunately, with preseason games, past performances, and our 2022 NFL power rankings in your corner, you’ll be ready to craft a winning NFL betting strategy.

If you’re wondering how to curate a betting strategy, make sure to read on and check out our NFL season predictor to increase your chances of coming out successful this NFL season.

The Tried and True Contenders

Rather than rank each team individually, let’s split this into tiers. Our first tier features four teams that can confidently be called Superbowl contenders:

The Bills, Bucs, Chiefs, and Packers are near locks to make the playoffs and are helmed by some of the best QBs in football:

Ever heard of them? Combined, they have won 9 Super Bowls (okay, that’s not a fair stat since 7 of those victories belong to Brady). Still, these are four of the best QBs in the game, and they are surrounded by plenty of talent.

That isn’t to say there aren’t questions about each team. The Kansas City Chiefs and Green Bay Packers both lost big receiving threats. Brady (although seemingly ageless) is 45 years old this year. And the Bills are…well, the Bills. Still, these teams are poised to contend, and it wouldn’t be a surprise for any of them to claim the Lombardi trophy this year.

You may have noticed that neither of the teams that made last year’s Super Bowl was in our first tier:

That isn’t meant as disrespect to either team, we just have a few questions.

Last year’s winners, the Rams, brought back most of their core but still lost important pieces like Odell Beckham Jr. and Von Miller. Plus, QB Matthew Stafford is already dealing with some injuries. And there’s always the chance of a Super Bowl hangover.

Still, any team with Aaron Donald, Cooper Kupp, Matthew Stafford, and head coach Sean McVay has to be taken seriously.

The Bengals should be taken seriously, too. Joe Burrow, Ja’Marr Chase, and Joe Mixon are legitimate stars at their positions. But can they replicate last year’s success, or will some regression be in their future? 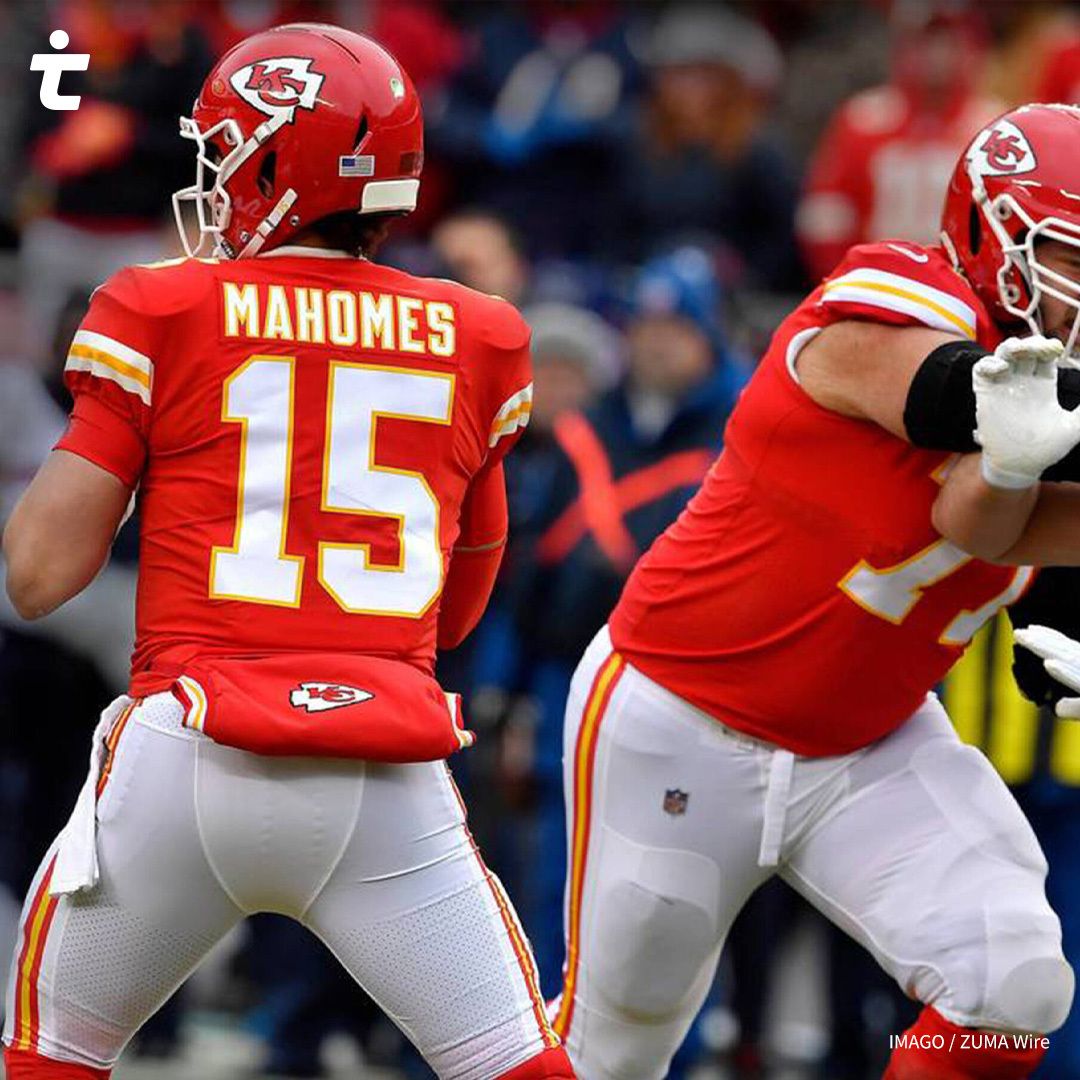 These teams will go as far as their quarterbacks can take them:

Here are two names for you: Justin Herbert and Lamar Jackson.

The Chargers’ Herbert has been electric his first two years in the league, and the Ravens’ Jackson is a former unanimous MVP. That said, both teams also have plenty of talent surrounding their potentially transcendent passers.

For either team, that may mean contending for a ring when all is said and done.

There’s one team that we just can’t quite seem to pin down:

Last year, the 49ers finished 10-7 in a loaded division. They then won two games in the playoffs (eliminating the Cowboys and Packers), before finally succumbing to the eventual Super Bowl champion Rams. And they're poised to have another good year in 2022.

The thing is, we just don’t know with this team as they move on from Jimmy Garoppolo and hand the starting QB job to youngster Trey Lance. Could Trey Lance be a more dynamic option that pushes them over the top? Sure. Could he be overmatched in his first season as a starter? Also, sure. We don’t know. So we’re putting the Niners here with a shrug. We’ll all see soon enough.

The Rest of the West (and One from the South)

The AFC West is set to be a powerhouse division this year, and one team from the south isn’t far behind:

We’ve already covered the Chiefs and the Chargers, but the Broncos, with Russell Wilson, and the Raiders, with Derek Carr, are no joke either. The Raiders are looking to build on their success from last year and have added wide receiver  Davante Adams to help them do it. Meanwhile, the Broncos added QB Russell Wilson to finally shore up what has been their shakiest position.

As for the Tennessee Titans, they just keep chugging along. There’s nothing that exciting about them, and losing wide receiver A.J. Brown is sure to hurt their passing game, but they’re a solid team in a weak division. They’ll try to ride workhorse RB Derrick Henry to another division title, and they may very well succeed. 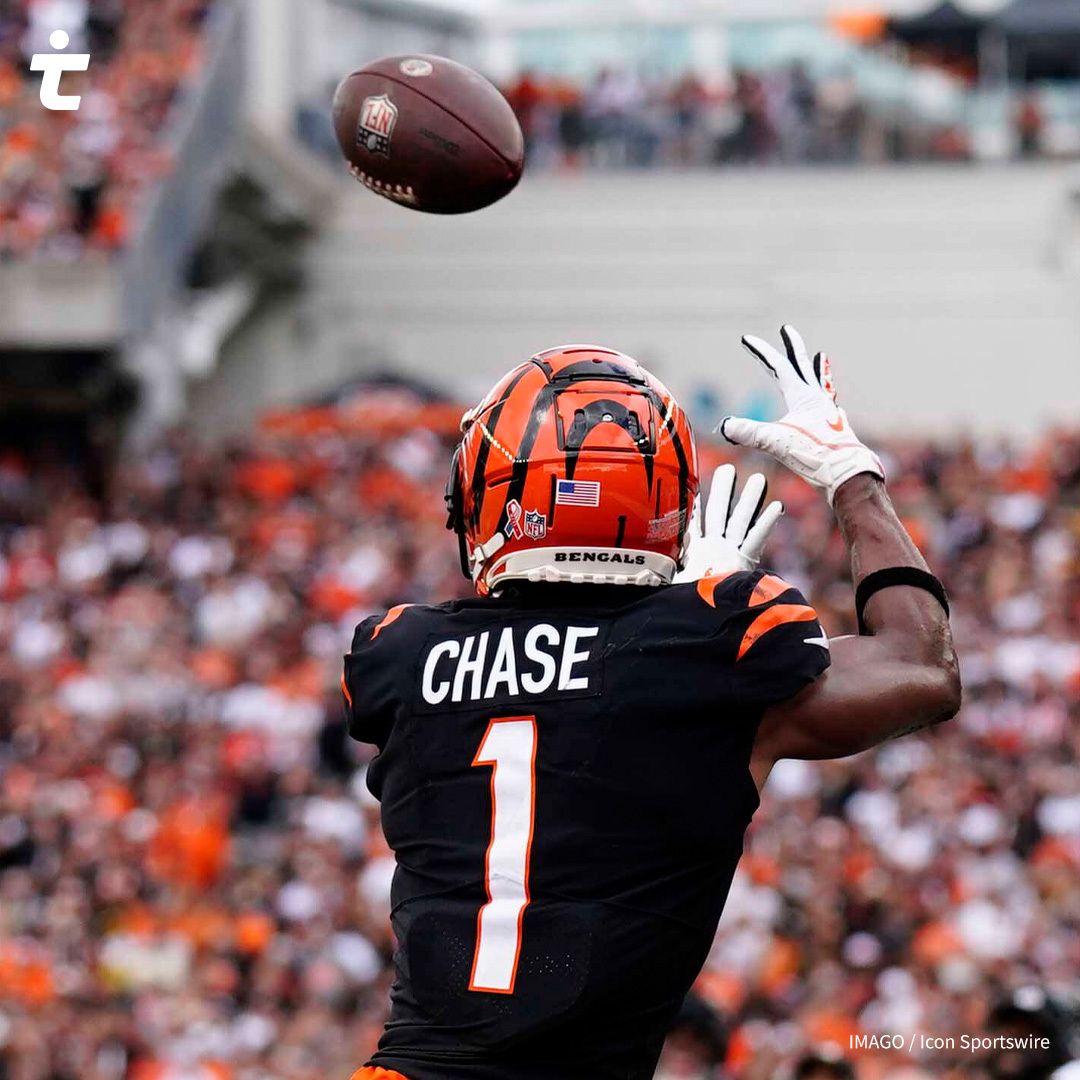 Oh, the NFC East. What are we to do with you? This division hasn’t seen a repeat winner since the Eagles managed the feat in the 2003–2004 season. That doesn’t bode well for last year’s winner, the Dallas Cowboys. But their biggest threat in the division is the Jalen Hurts-led Philadelphia Eagles, who continue our rankings:

Hurts had a pretty good 2021, throwing for 3,144 yards and 16 TDs against 9 INTs. But those aren’t numbers that exactly fill you with confidence either. As always, the NFC East is a puzzle, but these are the two most likely contenders.

The AFC is a little clearer than its NFC counterpart. The Bills are the clear favorites. The Jets are likely to have an uphill battle this year. Then there are the Dolphins and the Patriots:

Can new head coach Mike McDaniels unlock Tua Tagovailoa’s skills with new superstar Tyreek Hill? Can Mac Jones make a leap in year two as the Patriots’ starter? Will Bill Belichek strike us down for doubting him? Will either of these teams make the playoffs?

We have more questions than answers, which is why these teams fall right in the middle of our 2022 NFL power rankings.

The Arizona Cardinals have started strong with Kyler Murray every year only to fizzle at the end as he deals with injuries; The Indianapolis Colts brought in Matt Ryan to steady the ship and is hoping for another monster year out of RB Jonathan Taylor; The Vikings’ Kirk Cousins is the epitome of a QB who puts up numbers yet still feels oddly untrustworthy in big moments.

Can Anyone Challenge the Bucs?

Remember at the top when we mentioned that Tom Brady is 45 years old? One reason we still believe in him despite his age is that we don’t know who else in the NFC South is poised to challenge his dominance. But we have a few ideas.

If the Saints’ Jameis Winston can keep his INTs under control and stay on the field, if Alvin Kamara can be dominant again, and if Michael Thompson plays, the Saints could perform well.

But that’s a lot of ifs.

And if Baker Mayfield can perform on the Carolina Panthers, they may be able to challenge the Bucs. That’s a big if, which is why we’re penciling in Brady for another playoff run.

Coming in near the bottom of our rankings is one team that’s notorious for being one of the worst teams in the NFL:

With all the off-field drama surrounding this team, it’s hard to focus on their on-field potential. And really, we don’t have much to say. They’ll be missing their starting QB, DeShaun Watson, for 11 games. That (and the off-field distraction of it all) will likely make this a season worth forgetting.

Two NFL may be inversely correlated in this upcoming season:

The Lions are unlikely to contend this year, but they did show flashes of competence last year, which is an improvement from many years past. They’re still rebuilding, but the arrow is pointing up.

As for the Steelers, the arrow appears to be in the other direction. Coach Mike Tomlin has managed 15 straight winning seasons during his tenure with the team, but that record may be in jeopardy this year.

With long-time QB Ben Roethlisberger gone, the reins are being handed to Mitch Trubisky. We believe in Tomlin and the Steelers' defense, but it’s going to be a struggle to collect wins this year.

They’ll Make a Game of It

Unless you’re a Daniel Jones true believer, it’s hard to envision any of these teams truly contending this year:

However, that doesn’t mean they’ll be pushovers. All of these teams have holes, but they also have talent. Don’t be surprised if they pull out some victories against teams you wouldn’t expect.

They Could Surprise Us…Depending on the QB

Both the Jets and the Commanders have made some good moves over the past few years to rank them just before the lowest rankings:

But neither team is quite there yet, and without big seasons from the QB positions, it’s unlikely either of these teams will sniff the playoffs. Zach Wilson of the New York Jets and Carson Wentz of the Washington Commanders may surprise us, but we’re expecting more Ls than Ws for these teams this year. 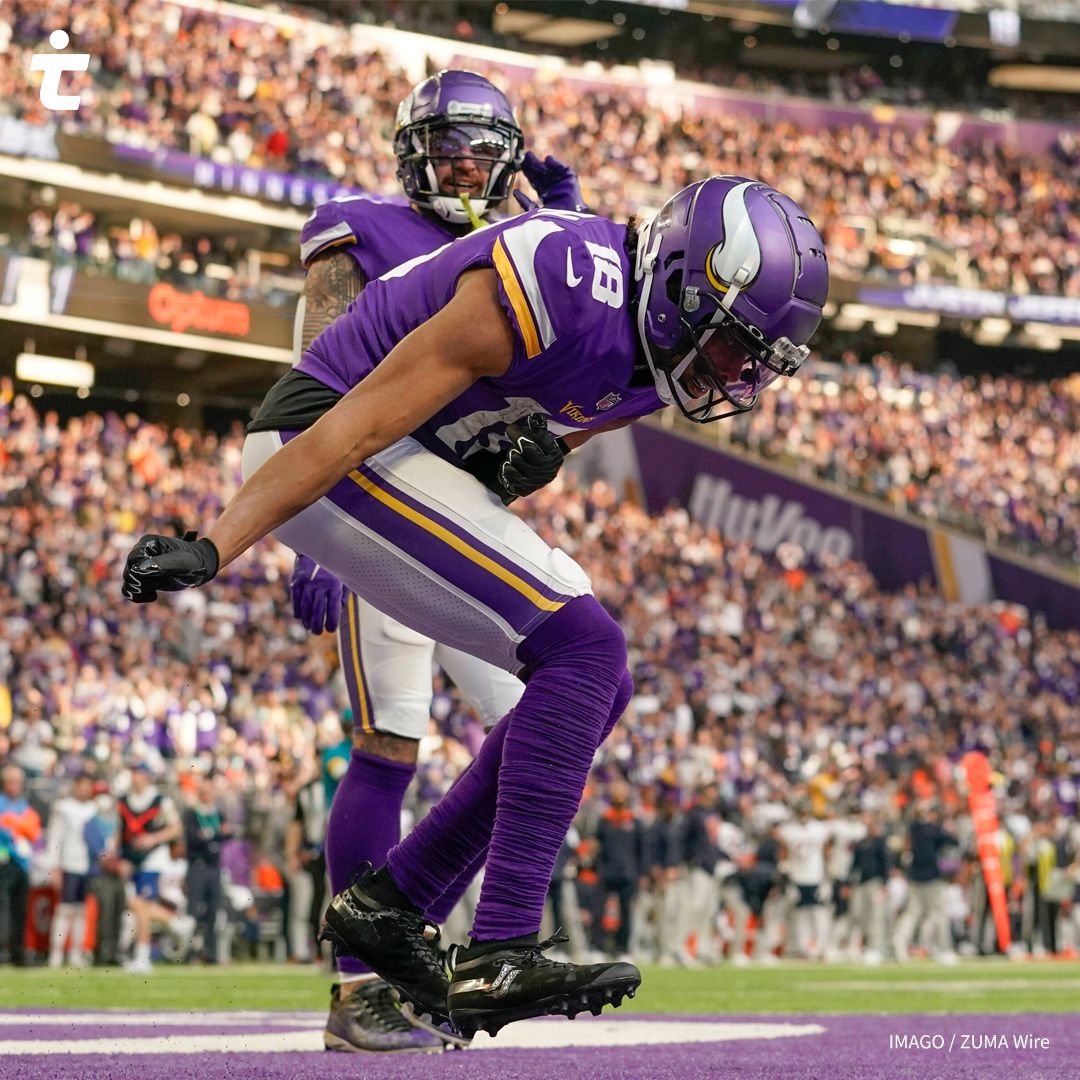 Would you be interested in the quarterback play of Geno Smith or Marcus Mariotta? If not, then we’ve got bad news about the Seahawks and the Falcons. The Bears, with exciting youngster Justin Fields at the helm, offer a little more reason for optimism, but none of these teams are poised to do much this season.

That said, these three teams fall at the bottom of our NFL power rankings 2022 edition:

The real question is, which one of these teams will lose the most games and secure the number one pick in next year’s NFL Draft?

Start the Season at Tipico

There you have it. Our outlook for every team going into the 2022 NFL season. But this is just what we think today. Over 18 games, there are sure to be plenty of twists and turns to keep things interesting.

You can also keep things interesting with a few well-informed sports bets. At Tipico online sportsbook, we have all your NFL betting needs covered. From futures to live betting, we’re ready for the season to start—and to bring you along with us.

Just because your team isn’t a winner doesn’t mean you can’t be. Check out our NFL sportsbook today.

The Ringer. How the AFC West Became the NFL’s Most All In Division. https://www.theringer.com/2022/8/25/23320816/afc-west-broncos-raiders-chargers-chiefs-russell-wilson-patrick-mahomes-justin-herbert-derek-carr