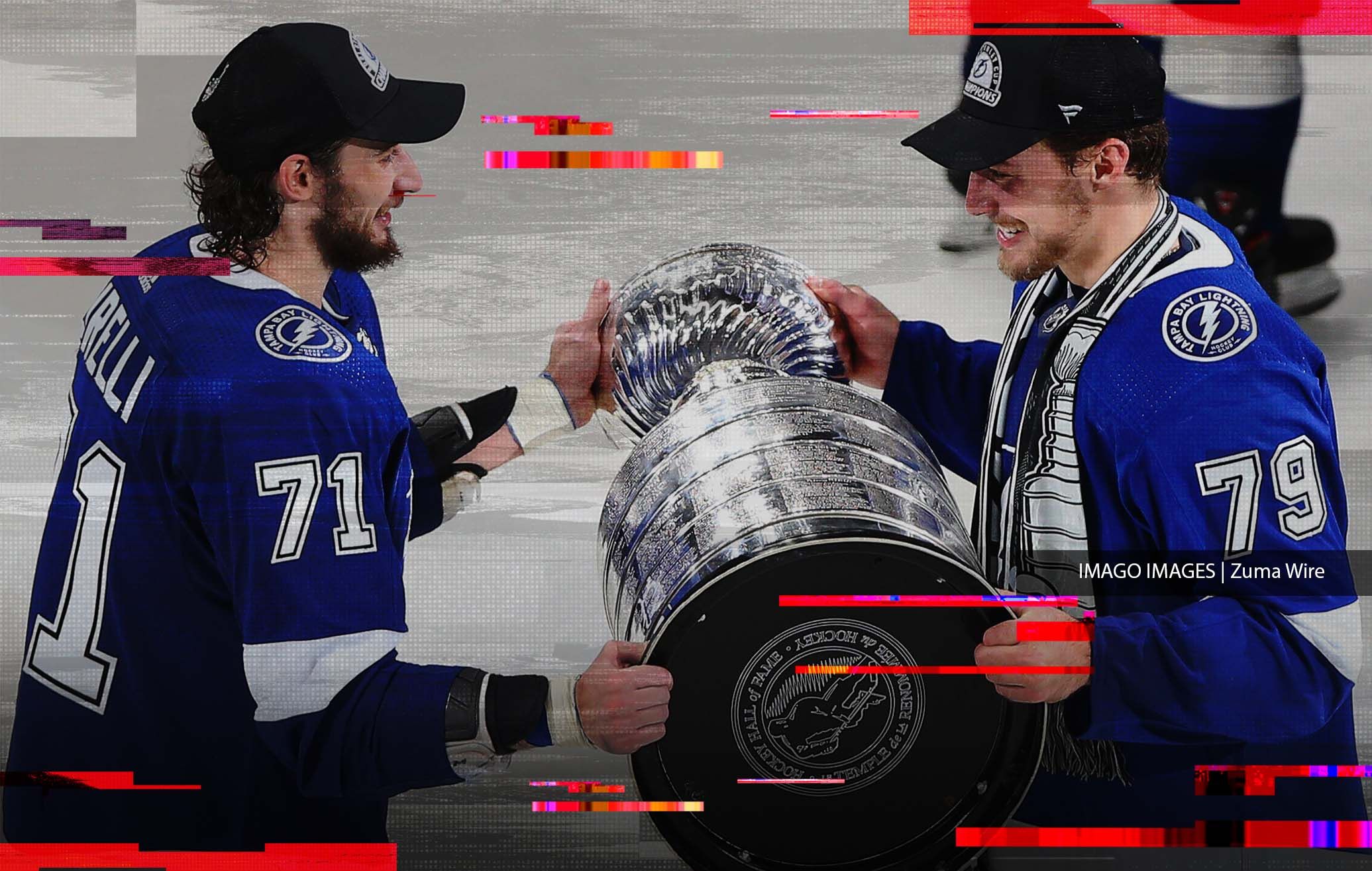 What should I look for when betting on the Stanley Cup?

The NHL Stanley Cup tournament is one of the greatest competitions in all of sports—and we’re not just talking about its larger-than-life trophy. The National Hockey League’s playoff championship ushers in 16 of the NHL’s best teams to compete in an avalanche of face-offs, checks, and shootouts — and it’s a perfect opportunity to get in on the action.

While you won’t be lacing up your skates to ravage the rink, the Stanley Cup betting season is upon us. That means it’s time to make your ultimate NHL betting power-play.

With that being said, huddle up as we review 6 Stanley Cup betting strategies around how to bet on hockey to help you win right alongside this year’s Stanley Cup champions.

In many ways, NHL playoff betting is tougher to predict than any other sport. Despite the seven-game format of each playoff round, upsets still happen regularly due to hockey’s low-scoring games.

This makes betting on individual games a tricky proposition. However, there is one place where you may find value: NHL futures.

The good news is that this means that if you place the right bet, you’ll get high payouts.

To that end, here are a few tips to help you maximize your winning on NHL futures:

#2 Look at the Lines

For once, when we’re talking about lines we don’t mean betting lines (although taking them into account can be beneficial to your NHL betting strategy).

In hockey, teams are set up in different lines or combinations of players. Look at how each teams’ lines will match up against each other. Sometimes the underdog will have line advantages that can push them over the top.

This type of deep research can provide you with a competitive advantage when making your bets.

Nothing can predict NHL playoff success quite like a hot goalie. Don’t believe it? Listen to these stats:

We shouldn’t be surprised—if you have a goalie who’s standing on his head to protect the net, you’re going to win a lot of games (the other team can’t beat you if they can’t score).

To that end, see which goalies stand out in the early rounds, then ride them as long as you can.

Hockey is a game where rhythm matters and even small changes in lineups can throw off an entire team’s flow—including injuries.

Injuries are a big deal in any sport, but in hockey they can lead to line shuffling that may prove detrimental during the playoff tournament. As such, track injuries across the board and fade teams who are taking their players off the ice.

Since hockey matchups are often close, analyzing any recent changes to the team, such as a new player, can help bolster your betting strategy. A new player can help a team's chances in a few ways:

For instance, let's say the Chicago Blackhawks are playing the Pittsburgh Penguins in an Eastern Conference matchup. Their past couple games, the Blackhawks have always had an edge over the Penguins. But, the Penguins just acquired a powerful new right wing, and it's the first time he's played against Chicago. This will shake things up a bit.

A trade isn’t a magical cure for an under-performing team. However, if you’re betting on an even matchup, you may want to lean toward the team that has a new arrival.

#6 Get Expert Advice and More at Tipico

Paying close attention to futures, lines, goalies, injuries, and trades can give you quite a bit of advantage during NHL playoffs betting. However, if you want to sharpen your insights, Tipico has the resources you need.

In addition to our sportsbook, The Inside Edge, we provide the ideal platform to place your bets on all things NHL. You can also download our Tipico Sportsbook app to get the betting odds on player prop bets, futures, parlays, and more.

Britannica. Nostradamus and His Prophecies. https://www.britannica.com/story/nostradamus-and-his-prophecies

Bleacher Report. Is Having a Hot Goalie in the NHL Playoffs Overrated? https://bleacherreport.com/articles/1633621-is-having-a-hot-goalie-in-the-nhl-playoffs-overrated